Does the optimism in the above video, hopeful that the end of the pandemic restrictions is nigh, reflect what is happening in the UK?  Or is the fact that we are living under the persistent threat of more local lockdowns and fresh restrictions, an indication that, on this side of The Pond, at least, life as before, life under the “old normal” is not set to return any time soon – if ever?   See, in the short video clip below, the Scottish First Minister, just a few short days ago, setting out the latest limits to the freedom of Glaswegians – the majority of whom will humbly (or stupidly, depending on your point of view) comply, without question…  The USA is led by a President who wants to restore the “old normal” – the UK is led by those who appear to be committed to the “new” normal – tyrannical rule, “rule by decree”.  Is that a fair interpretation of current events?

Discussed in the above video…

Thing are steadily worsening. I speak to people who chat to taxi-drivers and bus drivers and other members of the travelling public all the time, and there is a growing awareness, thankfully, that the changes to our way of life being imposed by politicians in the name of “health” and “safety” has nothing whatsoever to do with a virus.   What about the people around you – are they becoming more alert to the truth of what is really happening?

A couple of lighter points;  first some good news…

Our blogger Gabriel Syme and his wife are expecting the third addition to their lovely family – in fact, baby is overdue and is expected to arrive any time soon.  So, pray for that intention – that the baby’s self-imposed local lockdown ends tonight, as now expected.  Our Lady, Queen & Mother, pray for mum and baby…

Also, one of our readers made me laugh a hearty laugh this morning, after Mass, when he described his encounter with a policeman at a railway station recently.  Not another soul around, but the policeman still questioned why our reader wasn’t wearing a face mask.  Eventually, he told the policeman to “Foxtrot off” – priceless.  Actually, the policeman was very polite and the exchange was civilised, so I’m guessing our reader spiced it up in the telling.  Whatever, it makes for a bit of fun! And do we need some fun these days? Does a gal need her regular coffee and fresh cream meringues? 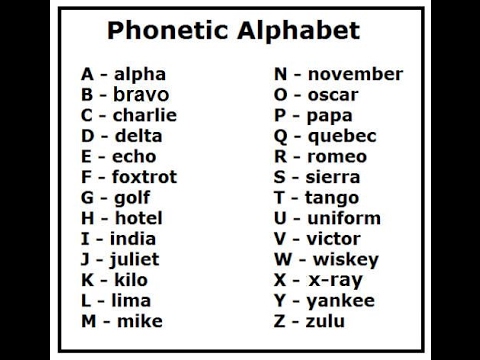 A very powerful video – I hope everyone will take twenty or so minutes to view it right to the end.

Not only is the letter of instruction to the world’s bishops, featured early in the video, a novel way of “preparing” the faithful for an Apostolic Exhortation, it is misleading in the extreme in its claim of the need to be “in communion with Pope Francis”… What?!   All Catholics, including popes, must be in communion with the Catholic Faith, as it has been passed on to us from the apostles, so, only in the sense that a pontiff is in full communion with the Faith of our Fathers, might we speak of being in communion with the Pope – and nobody could accuse Pope Francis of such “rigidity”!

The minute any pope starts doing his own thing, inventing his own doctrine, he loses any right to the fidelity of the faithful.  We must continue to acknowledge and revere the office of papacy just as we must denounce any false teaching – and it sounds like the forthcoming Exhortation is worthy of denunciation of similar strength to that which followed the publication of Amoris Laetitia.

This latest Exhortation is due to be published in the coming week, so this thread is by way of preparation – so that we may watch out for that recommended press conference in our own dioceses.  Let’s see if our local bishops are “in full communion with Pope Francis”.  That will be very interesting indeed – since, clearly, Archbishop Vigano, also featured in the Remnant video, is not!

My own favourite quote from Archbishop Vigano follows… words  which ought to move every priest and bishop in good faith to follow his example:

“To bear witness to corruption in the hierarchy of the Catholic Church was a painful decision for me and remains so.  But I am an old man, one who knows he must soon given an accounting to the Judge for his actions and omissions, one who fears Him who can cast body and soul into hell.  A Judge who, even in his infinite mercy, will render to every person salvation or damnation according to what he has deserved. Anticipating the dreadful question from that Judge – ‘How could you, who had knowledge of the truth, keep silent in the midst of falsehood and depravity?”  – what answer could I give?”  (Archbishop Vigano)

As Michael Matt says in the above video, Archbishop Vigano was a brilliant diplomat who realised that the time for diplomacy has come and gone.

Quote that to the next priest or bishop you meet who claims to be of a “traditional leaning” but is waiting for “the right time” to surface.  Then simply repeat… “that time has come and gone…”