From The American Thinker…

Q first appeared in October 2017 on an anonymous online forum called 4Chan, posting messages that implied top-clearance knowledge of upcoming events. More than 3,000 messages later, Q has created a disturbing, multi-faceted portrait of a global crime syndicate that operates with impunity. Q’s followers in the QAnon community faithfully analyze every detail of Q’s drops, which are compiled here and here.

The mainstream media has published hundreds of articles attacking Q as an insane rightwing conspiracy, particularly after President Trump seemed to publicly confirm his connection to it. At a North Carolina rally in 2019, Trump made a point of drawing attention to a baby wearing a onesie with a big Q.

If you’re unfamiliar with Q or only know it through the media’s attacks, I’d like to provide a brief introduction to this extraordinary phenomenon. I’ve followed Q since the first drop, and I’ve grown increasingly impressed by the accuracy, breadth and depth of Q’s messages. Q followers were prepared long in advance for the easing of hostilities with North Korea, the deflation of the mullahs of Iran, and the discovery of Ukraine as a hotbed of corruption for American politicians. They knew a great deal about Jeffrey Epstein’s activities before the public did and anticipate even more shocking revelations to come. As Q likes to say, “Future proves past.” As Q’s predictions come true, they lend retroactive credibility to the entire enterprise.

Q’s followers believe that Q is a military intelligence operation, the first of its kind, whose goal is to provide the public with secret information. Many Q followers think the Q team was founded by Admiral Michael Rogers, the former Director of the National Security Agency and former Commander of US Cyber Command. Some suspect that Dan Scavino, White House Director of Social Media, is part of the team, because the high quality of Q’s writing has the luster of a communications expert.

Q is a new weapon in the game of information warfare, bypassing a hostile media and corrupt government to communicate directly with the public. Think of Q as a companion to Trump’s twitter. Whereas Trump communicates bluntly and directly, Q is cryptic, sly and subtle, offering only clues that beg for context and connection. 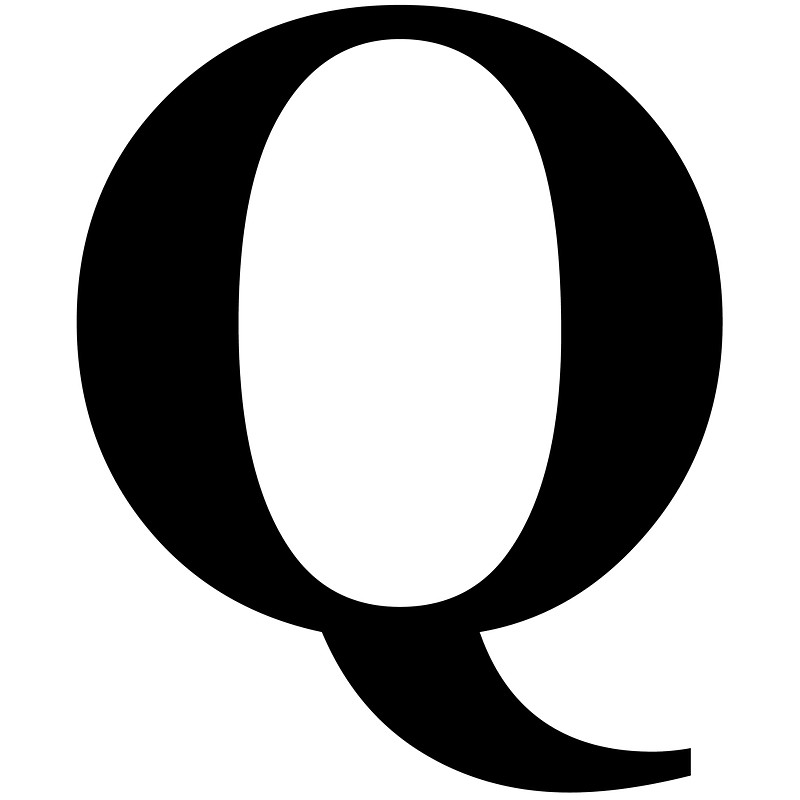 Here’s the way it works: Q posts messages (also known as “drops” or “crumbs”) on an anonymous online forum, which are discussed, analyzed, and critiqued by the board’s inhabitants. (The forum has changed a few times after massive online attacks.) Hundreds of social media accounts then spread Q’s latest posting to worldwide followers who share their research, analysis, and interpretations of Q’s latest information…

The “fake news” decried by President Trump is losing credibility and audience by the day. Q has exposed the 4 A.M. drops that provide the daily talking points to media personnel, so they can all parrot the same propaganda. Q has also named various journalists whom he says take bribes.

[It is painful to learn that] “those you trust the most” (in Q’s phrase) are deceiving you. Beloved celebrities, religious leaders, doctors, educators, innovators, and do-gooders are all in on the hoax…

[Deborah Franklin, author of above article in The American Thinker lists various sayings of Q including the following…]

We know what happens in the end. God wins. Many times, Q has asked us to pray. He’s quoted the famous Biblical lines of Ephesians 6:12, “For we wrestle not against flesh and blood, but against principalities, against powers, against the rulers of darkness of this world, against spiritual wickedness in high places.” We’re living through monumental times. It’s comforting that Q believes that if we work together, God wins. End of extracts…  Note: Deborah Franklin is the pen name of a writer who fears professional retribution.  Source

So, with “religious leaders” listed among those who are “in on the hoax”, what is the likelihood that Pope Francis might be implicated in the Q phenomenon?  Remember, as one commentator on YouTube notes: The term “conspiracy theories” was invented by the CIA in order to make people who question the JFK assassination look foolish. What is really foolish is to believe that there are no conspiracies.

Personally, I don’t know what to think about the Q phenomenon – what do YOU think?