From the Anglican blog, Quadrant Online

Cardinal George Pell’s appeal against his conviction of historical sexual abuse of two choirboys will be heard before the full High Court of Australia on March 11. Pell’s conviction in a Melbourne county court in December 2018 was affirmed by the Victorian Court of Appeal in August 2019. The conviction was for two incidents of abuse that allegedly occurred in St Patrick’s Cathedral, Melbourne, in December 1996 and February 1997.

As several writers in Quadrant have recorded over the past twelve months, the conviction of Pell is one of the worst miscarriages of justice in Australian history. This is not just because of his status at the time as the most senior figure in the Catholic Church in this country, but also because it breached the fundamental legal principle that an accused person is innocent until proven guilty beyond a reasonable doubt. That is not how George Pell was treated either at his trial or in his first appeal. The jurors did not make their decision on the weight of evidence by more than twenty witnesses, who demonstrated that Pell could not possibly have done what the complainant said. Instead, the jurors accepted the sole evidence of the accuser, given in camera, with his identity shielded, and without corroboration of any kind. A two-to-one majority of judges in the Victorian Court of Appeal confirmed both the process and the decision…

Now, Gibson must be a Crown prosecutor with a short memory. He seems to have forgotten all about this retraction. Because on January 31, 2020, the Victorian Director of Public Prosecutions, Kerri Judd, submitted a response to the appeal to the High Court by Pell’s lawyers, Bret Walker and Ruth Shann. One of the four signatories to the DPP submission was Mark Gibson, signing himself as Victoria’s Senior Crown Prosecutor. In paragraphs 59 and 60 of this submission there is a version of what the altar servers supposedly did after they entered the priests’ sacristy. It is written as if the rebuke from the defence at the trial never happened, as if Judge Kidd had not told Gibson to retract what he said, and as if his retraction had never been made to the jury.  End of extracts.  To read entire report click here

The above article arrived in my inbox yesterday, courtesy of a reader of this blog, named Patrick.  He wrote:

I have contacted you previously regarding the ‘kangeroo court’ verdict on Cardinal George Pell. Hopefully you will find time in your busy schedule to have a read of the [above] article. As far as I am concerned, the so called Catholic media should be shouting this from the rooftops.

It is sad that only two prominent commentators (and none outside Australia) are highlighting this satanic injustice perpetrated against a Prince of our faith.  As far as I know neither of them are Catholic which should make us hang our heads in shame  End of email.

Why is it, that journalists who purport to be keen to report injustices, miss something this  big?  I wonder what possible reason might explain their failure to cover something as serious as a Public Prosecutor admitting to false evidence while going on, later, to repeat it?  This is what I look like when I’m “wondering”…

As for the legal profession – least said, soonest mended… 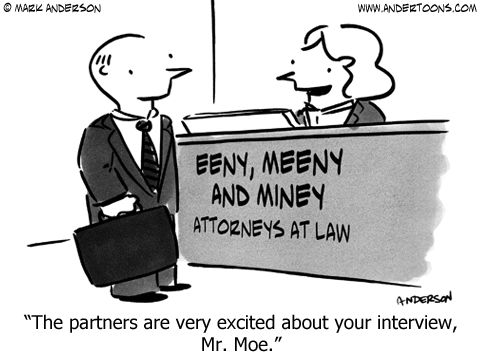 Well, the knives are out for The Donald, no question about it – at least, judging by the reporting of the Michael Cohen guilty plea here in the UK, with reporters and presenters hardly able to conceal their delight at the possibility that President Trump will find himself either impeached in the near future, or in prison after he has left office. You could almost hear the champagne corks popping in the TV news studios today…

I may be wide of the mark here, and for goodness sake don’t take what I’m about to say as justification for either extra-marital affairs or ‘hush’ payments, but I can imagine a businessman like Trump thinking nothing of paying off some female blackmailers for the sake of avoiding the predictable publicity their stories, true or false, would bring – a distraction, to put it mildly, during a campaign to win the presidential election. After all, his reputation was not exactly squeaky clean, was it?  So, assuming the payments were made from his personal bank account, I’m not sure they’re as significant as his enemies are implying. But then, I could be wrong. Bound to happen some day.  What do you think – is Donald Trump implicated in criminal activity as a result of the Cohen guilty plea, and if so, what is the right thing, the moral thing, for him to do now – resign? Apologise and move on? What, then?

Today, I  received an email from Dan Arnold, who was recently (Aug 23) elected Chair of Home Education Network (HEN), the oldest, biggest, and best-known home-ed representative group in Eire. He asks for our support in the case of a home-educating mother, a traditional Catholic, who has been imprisoned for what amounts to refusing to ask the State’s permission to home-educate her children – a right enshrined in the Irish Constitution.  You can read the background to this case here    The point is well made in this report  that “The state could go to any school gate on any day and pick up an unfit parent, one that is addicted to intravenous drugs, whose children go to school hungry, unwashed or otherwise neglected. The state could spend their energy and money getting help for those families, who I see around me every day in Dublin city; children so sad and malnourished, drinking cans of Coke as they walk in the school gates, with eyes already dulled by years of mistreatment. I worked in a disadvantaged school and when I once asked the principal why didn’t social services get involved more in the many, many neglectful families, she said “where would they start?”. Instead, the state is picking on easy targets, fantastic parents who are taking a stand for families everywhere, Monica O’Connor and Eddie O’Neill. This is an absolute disgrace. How much in taxpayers money will go into Monica’s prison time, thousands that could be put elsewhere and actually do some good? I am so angry about this, I am just disgusted. I urge you all, whether home educators or not, to stand in support of Monica, sign the petition here, write to your TDs, email, ring them, do whatever you can or have time for to help us protect the rights of our families.”

As I read about the predicament of Monica and Eddie,  I found myself thinking of the Ashya King scandal.  It seems that “the State” – in Ireland as in the UK –  holds to the erroneous opinion that it owns the nation’s children, with parents being cast in the role of caretakers, not to say something of a nuisance when they choose to differ from the “experts” – medical or educational – in the best interests of their offspring.  Read the Press Release below and tell us if you agree.  Source

Monica O’Connor, 47, from Tullow, has 5 sons and a daughter, ranging in age from 6 to 27 years. Her husband Eddie O’Neill, 49, is also threatened with serving a prison sentence.

Article 42 of Bunreacht na hEireann, the Irish Constitution, acknowledges that parents are their children’s primary educators. Section 2 says “parents shall be free to provide this education in their homes..”

The former National Education Welfare Board (NEWB), whose functions were assumed in January by the Child and Family Agency of Tusla, summoned the couple to Carlow District Court, where they were fined €2,000 in June 2013 for “failing to cause” 2 of their children to attend school. The NEWB insisted that home educating families must apply to have their educational provision assessed for each child, in order to avail of their right to home educate. The couple maintain that this is akin to asking permission, which can be refused, so therefore is not a right. The family were sent School Attendance Notices to compel their then 12 year old son, Oran, and 9 year old daughter, Elva, to attend local primary schools.

The children have all learned at home for their primary years. The 2 eldest sat Leaving Certificate exams after 4 and 21/2 years of secondary schooling, respectively. The eldest, Darragh, 27, works in the bar of golf club in Hawaii and has maintained himself since leaving home to study 3 Bar Skills and Hotel courses with Failte Ireland, aged 17. The second son, Oisin, 20, completed a FETAC 6 in Acting and is auditioning for theatre work. The third, Emmet, 19, is finished the 2nd year of a 4 year Music Degree in Dublin Institute of Technology, gaining entry without a Leaving Cert. He started formal education aged 16, completing a FETAC 5 in Music and gaining entry by audition and entrance exam.

The younger 3 continue learning at home with their parents.

Today Gardai escorted Monica O’Connor to Mountjoy prison for not paying the fine. She could serve 5 days in respect of each of the 2 children.

A 16 minute documentary on youtube “Homegrown Knowledge” features the younger 4 children speaking about how they like to learn at home.

A petition has been started on change.org calling on the Minister for Education, Jan O’Sullivan, to intervene on the family’s behalf.