Below, a selection of the comments on the YouTube platform…

Add your comment below – do you, for example, see this as an attack on the priesthood? As a belittlement of  women’s central place in marriage and family life;  does it appear to approve the culture that all women must have a career, that  motherhood/family life are not of sufficient value? What then? 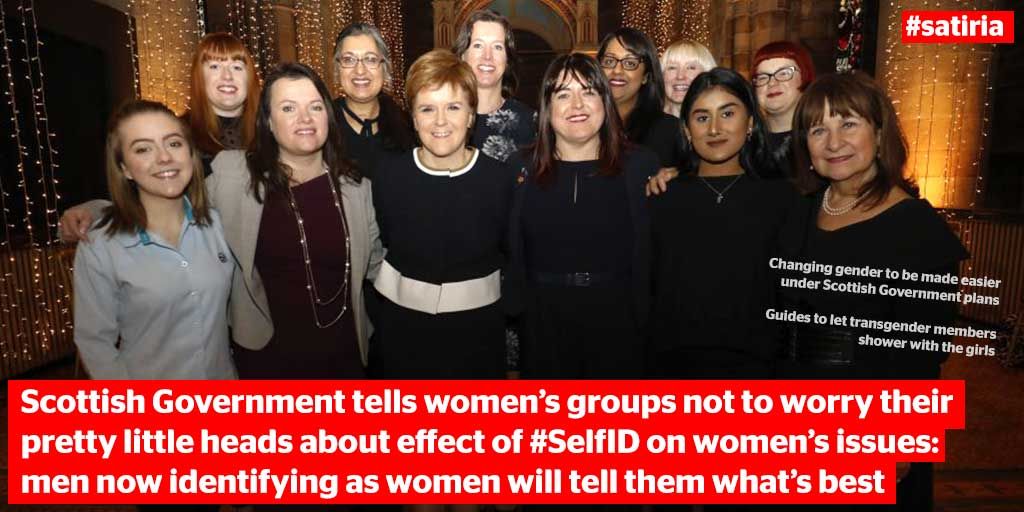 Marta, a consecrated women in Regnum Christi, is the new (actually, the first) director of the office of women’s issues in the Vatican Dicastery for Laity, Family and Life. It is a new dicastery, created by Pope Francis in 2016, and its prefect is Cardinal Kevin Farrell.

And all Marta has to do is help the Church understand women and their appropriate contribution to the world, what it means to be a woman in the world today, and where women are going in the future…

“This assignment indicates a call from the Church, which for me is a call from God,” Marta said. “I feel very small for this mission, but I sense an interior certainty that God has prepared my heart for this new service he has called me to. Since 2000, I’ve worked continually on women’s issues, both in studies and in action on various projects, one of the most important of which was to help in the founding of the Institute for Higher Women’s Studies in 2003. This institute was born in order to promote the feminine genius, which John Paul II asked for.

“I believe that one of the great challenges for modern women is to discover what it means to be a woman. Once a woman discovers who she is, she ends up discovering the feminine richness; she can contribute to the cultural world and the ecclesial world with much more dedication, much more bravery, much more freedom.”

Is this another example of the Church being led by the world?  What is meant by “women’s issues”?  Notice the mention of women contributing to the “cultural” and “ecclesial” world – what about the “home”?

Recently, I had the great honor to have an audience with His Eminence Cardinal Raymond Leo Burke to discuss the state of Catholic men in the United States.

Here is the full transcript:

Cardinal Raymond Leo Burke:  I think there has been a great confusion with regard to the specific vocation of men in marriage and of men in general in the Church during the past 50 years or so. It’s due to a number of factors, but the radical feminism which has assaulted the Church and society since the 1960s has left men very marginalized.

Unfortunately, the radical feminist movement strongly influenced the Church, leading the Church to constantly address women’s issues at the expense of addressing critical issues important to men; the importance of the father, whether in the union of marriage or not; the importance of a father to children; the importance of fatherhood for priests; the critical impact of a manly character; the emphasis on the particular gifts that God gives to men for the good of the whole society.

The goodness and importance of men became very obscured, and for all practical purposes, were not emphasized at all. This is despite the fact that it was a long tradition in the Church, especially through the devotion of St. Joseph, to stress the manly character of the man who sacrifices his life for the sake of the home, who prepares with chivalry to defend his wife and his children and who works to provide the livelihood for the family. So much of this tradition of heralding the heroic nature of manhood has been lost in the Church today.

All of those virtuous characteristics of the male sex are very important for a child to observe as they grow up and mature. The healthy relationship with the father helps the child to prepare to move from the intimate love of the mother, building a discipline so that the child can avoid excessive self‑love. This ensures that the child is able to identify himself or herself properly as a person in relationship with others; this is critical for both boys and girls.

A child’s relationship with their father is key to a child’s self‑identification, which takes places when we are growing up. We need that very close and affirming relationship with the mother, but at the same time, it is the relationship with the father, which is of its nature more distant but not less loving, which disciplines our lives. It teaches a child to lead a selfless life, ready to embrace whatever sacrifices are necessary to be true to God and to one another.

I recall in the mid-1970’s, young men telling me that they were, in a certain way, frightened by marriage because of the radicalizing and self-focused attitudes of women that were emerging at that time. These young men were concerned that entering a marriage would simply not work because of a constant and insistent demanding of rights for women. These divisions between women and men have gotten worse since then.

Everyone understands that women have and can be abused by men. Men who abuse women are not true men, but false men who have violated their own manly character by being abusive to women.

The crisis between man and woman has been made much worse by a complete collapse of catechesis in the Church. Young men grew up without proper instruction with regard to their faith and to the knowledge of their vocation. Young men were not being taught that they are made in the image of God – Father, Son and Holy Spirit. These young men were not taught to know all those virtues that are necessary in order to be a man and to fulfill the particular gifts of being male.  Read entire transcript here

Is Cardinal Burke correct  – IS there a “man-crisis” in the Church?  If so, what, if anything, can we do about it?