Pope Francis said “better not to go to church: better to live as an atheist (if you are a hypocrite)…

VATICAN CITY, January 2, 2019 – Pope Francis addressed a crowd of faithful with some jarring remarks during his first Wednesday Audience of 2019. Speaking in the Paul VI Audience Hall, this morning, the pope focused on two recurring themes of his pontificate: hypocritical Christians and the “revolutionary” nature of the Gospel.
“How many times do we see the scandal of those people who go to church and stay there all day or go every day and then live hating others or talking badly about people? This is a scandal – it is better not to go to church: better to live as an atheist,” the pope admonished.   Click here to read more

How many popes in history have advocated living as an atheist rather than being a hypocritical Christian?  You know what I mean.  Aren’t we all hypocrites at some time or another, in some way or another? Why can’t he exhort us all to repentance and point out that we are showing a very bad example to atheists, who might otherwise be attracted to Christ’s Church?  Oops! No need, I forgot, they’re going to Heaven anyway even if they don’t believe in God!  In which case, so are all of us Christian hypocrites whom he exhorts to become atheists.  In which case, in turn, why bother with the Church at all?

It goes without saying (although I’m about to say it) that we, each of us, should be making every effort to overcome our lack of charity, to stop being hypocrites – and bloggers are invited, sincerely, to offer some practical tips on how to overcome this awful sin of lack of charity (I, for one, will welcome any suggestions with open arms).

However, giving up the Catholic sacraments-based spiritual battle to conquer our inner selfishness in order to  join the ranks of those who refuse to even acknowledge the existence of God, the first of the four Truths necessary for salvation, is not the answer to our sinfulness and weakness, our hypocrisy…  Is it? 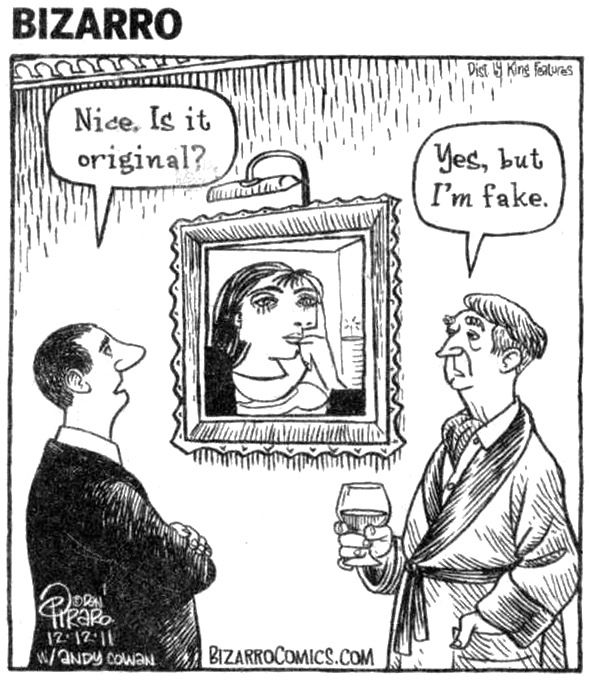 (Vatican Radio) Christians who say “it’s always been done that way,” and stop there have hearts closed to the surprises of the Holy Spirit. They are idolaters and rebels will never arrive at the fullness of the truth. That was the message of Pope Francis at Mass on Monday morning at the chapel in the Casa Santa Marta. Click here to read more

Don’t worry, Lord, I’m working on those new wineskins! I think the diehards are getting the message!

So, Catholics who choose to stick to Catholic Tradition, and refuse to follow Pope Francis’ conveniently liberal “God/Holy Spirit of Surprises”, continue to be attacked mercilessly (note) and are now  even to be labelled   “idolaters and rebels” who will “never arrive at the fullness of the truth” – unlike every atheist, agnostic and peddler of false beliefs who have received the pontiff’s blessing and assurance of salvation no matter what they think, say or do in matters of theology and morality.  He must have been absent the day they taught the Thinking Skills class.  I mean, he didn’t so much as whisper a protest during the same-sex “marriage” referendum in once-Catholic Ireland, to cite but one major example of his dereliction of papal duty,  while he waxes lyrical at every opportunity about those of us guilty of nothing more than adhering to the Faith of our Fathers. Laugh? I thought I’d never start.

Pray for Pope Francis, of course, but make no mistake about it. He’s no Pius X, and yes, I managed to keep a straight face when typing that, even if I did think “as if…”

Here’s something to discuss, however, lest we are tempted to spend the thread simply repeating the obvious;  is it true, in your experience, that more and more Catholics in the diocesan parishes (you know, within the “mainstream” Church structures) are becoming concerned at the utterances and behaviour of this Pope?  I’m hearing this quite a bit from Catholics who are still within the “mainstream” structures. What about you?  Are your friends and relatives becoming concerned?  And if you are an occasional blogger here or a lurker who falls into the category of  “mainstream”, tell us your thoughts.  Soon! Iraqi militants seized control Thursday of the country’s largest Christian city — reportedly telling its residents to leave, convert or die — while members of another religious minority remained trapped on a mountain without enough food or water, circumstances that fueled calls for the U.S. and U.N. to get more involved.  Read more

It’s been impressive to see Christians interviewed on TV saying they would not give up their Faith even under threat of death in Iraq. It’s, in a way, little short of amazing to witness this at the present time of deep crisis in the Church.  Your thoughts welcome… The plight of Christians and other minority groups in northern Iraq has taken a turn for the worse, according to reports, as thousands fleeing regions controlled by the Islamic State of Iraq and Syria, have been robbed of their possessions at ISIS checkpoints.

ISIS, a Sunni extremist group that advocates Islamic Shariah law, is reportedly persecuting Christians in Iraq, forcing them to flee their homes in Mosul, Iraq’s second-largest city, even as Muslims in Baghdad showed solidarity with persecuted Christians by joining them in symbolic protests across the city. Mosul is one of the holiest cities of Christianity in the Middle East and the ancient churches of Mosul are some of Christianity’s oldest.

At a rally in Baghdad, many Christians who arrived in the city after fleeing the violence of ISIS in the north held up signs that read, “I am Iraqi, I am Christian.” They were joined by Muslims expressing solidarity with the Christian community, also holding up the same signs, a report said.

ISIS reportedly issued an ultimatum to Mosul’s Christians ending Friday, to either convert to Islam, or pay the Islamic tax for non-Muslims known as jizya, or leave Mosul. However, a day before the city’s minority communities fled, ISIS took away the option of paying the tax and staying back, reports said.

“The world must act, speak out, consider human rights,” Bishop Shlemon Wardooni of the Chaldean Catholic Patriarch and head of Iraq’s largest church, said on Sunday, adding that the Iraqi state was weak and divided and Muslim leaders had remained silent. “We haven’t heard from clerics from all sects or from the government,” he told Reuters.

Iraqi Prime Minister Nuri al-Maliki, on Sunday, condemned the treatment of Mosul’s Christians, saying it showed “the extreme criminality and terrorist nature of ISIS” while U.N. Secretary General Ban Ki-moon said ISIS actions were akin to “a crime against humanity.”

Pope Francis, in his weekly public prayers on Sunday, said: “I learned with great concern the news that came from the Christian communities in Mosul. Today they are persecuted. Our brothers are persecuted. They’ve been driven away. They must leave their homes without being able to take anything with them.”

On Sunday, about 200 Muslims attended the rally in Baghdad, with some marking themselves with the Arabic letter “N” for “Nazarene,” or Christian.

Christian leaders thanked Muslim supporters for standing up for their right to live in Iraq. “What gives us hope is a group of citizens – I do not want to say Muslims but they were Muslims – from Baghdad carrying slogans saying ‘I am Iraqi, I am Christian,’” Maysar Bahnam, a priest at Mar Korkis Catholic Church in Baghdad, told Al Arabiya. “They prayed in solidarity with us, saying that we are people from this land.”

On Twitter, hashtags such as #WeAreN and #IamNasrani served to share news and pictures of the plight of Iraqi Christians, and for helping organize support demonstrations.

Families leaving from the checkpoints on the eastern side of the city were reportedly harassed and robbed of their possessions. People also reported that money, jewelry and documents were taken from them, while the Daily Beast reported that women had crucifixes torn from their necks. Christian families and church leadership were among the last of Mosul’s minority communities such as Shabak, Shia, Yezidi, Turkmen and Kurds to leave the city, according to reports.

It seems odd that this savage persecution of Christians is not all over the news here in the UK. Isn’t it?