Marco Tosatti: Does Pope Francis think that his Pontificate is about to come to an end?

The appointment of [Cardinal] Tagle as Prefect for Propaganda Fide is an important signal for many reasons. But most of all because it gives grounds to suppose that Pope [Francis] believes the end of his pontificate is nigh. An intuition, obviously; nonetheless, justifiable, if you consider another decision taken – for no apparent reason – some weeks ago.

We are referring here to the end of Fabiàn Pedacchio’s service as special Secretary to the Pontiff over the last six years; a position commenced shortly after the election of Jorge Mario Bergoglio on March 13, 2013. Fabián Pedacchio, all this time, has maintained his position in the Congregation for Bishops, acting in support of his very close friend, Ilson de Jesùs Montanari, appointed by Pope Francis as Secretary of that same Congregation, resulting in an absolutely extraordinary leap in career; he divested de facto the Prefect, Marc Ouellet, by being, repeatedly, the leading voice in the choosing of bishops.

So, leaving the position of Secretary has a question mark attached to it, if no other explanations are revealed. It has been said that Pedacchio will return to the Congregation, but in reality, he never left it. However, if the rumors over the last few weeks are true, the picture would be very different. According to these rumors, in fact, the present Secretary of the Congregation, Ilson Montanari, would be headed for Brazil, in an important diocese (Salvador de Bahia). Bishop Krieger has already passed the age of retirement by a year, to become the Primate of Brazil. And so the position of Secretary of the Congregation would be taken over specifically by Fabián Pedacchio, who of course, would become a titular Bishop.

In modern times, it has become standard practice that the special Secretary to the Pontiff, is appointed bishop when it is thought the reign is coming to an end; a sign of gratitude for services carried out, and also a way of protecting him from possible retorsion. The work of a Pope’s special Secretary creates friendships, but also generates less amiable, less positive sentiments.

Benedict XVI appointed Georg Gänswein to this role in December 2012, a few months before announcing his demission in February 2013.

We will see if these rumors become reality in the upcoming months.

But meantime, we have the unexpected appointment of Tagle in Rome. The present Prefect of Propaganda Fide (…) Fernando Filoni is seventy-three years old. Which means that his time to resign should be April 15, 2021. He has been the Prefect for the Congregation since May 2011; so, his second mandate would come to an end in May 2021. This is a change of position that cannot be explained by the numbers.

So, how hard is it to decipher sixty-two year old Luis Tagle’s appointment to that position. He isn’t the first Asian to head the Propaganda (he was preceded by Ivan Dias). Yet it is difficult to shake off the idea, that by giving Tagle a position in Rome, to learn about the Curia and broaden his audience of contacts and relationships, that Pope Francis doesn’t want to give a clear signal for the succession, which other candidates, like the present Secretary of State, Parolin, or the Prefect for Bishops, Ouellet are [already] preparing for. But also this signal – if this interpretation is correct – indicates that, there is the sense that the end of this reign is beginning to insinuate itself behind the Walls.   Source

Imagine the announcement of Papa Francis’s resignation.  The stuff of day-dreams.   However, not so fast.  The way things are, worsening by the nano-second, we could find ourselves, after the next conclave, saying “Come back Pope Francis, all is forgiven!” 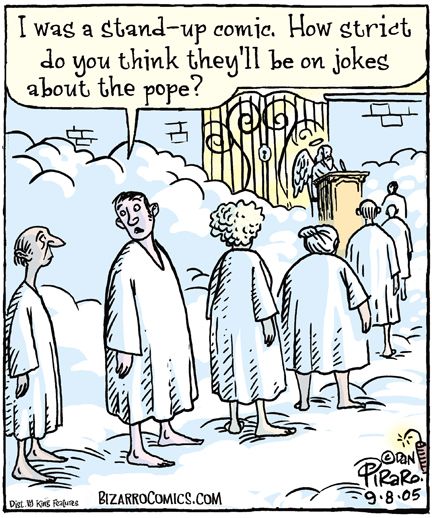