A week is a long time in the politics of rallies. Yesterday a Kill the Bill march in London drew five thousand mostly young protestors against the proposed strengthening of police powers over protestors. A good cause was distorted by the divisive identity politics on display: Black Lives Matter banners, transgender flags and radical Marxist placards supplied by the Socialist Workers Party. On the preceding Saturday (April 24th) a gathering twenty or thirty times bigger marched from Hyde Park to Holborn Viaduct and back in a joyful expression of unity by ordinary people of every class and creed.

Whereas the Unite for Freedom rally was initially ignored by the BBC and other mainstream media, the Kill the Bill demo was widely reported.  Source

Click here to  read an excellent article on the growing opposition to lockdown and here to read about the UK media bias showing in the dishonest reporting of anti-lockdown protests.  But will these protests actually win the day – will they cause the Governments of the UK to restore the old normal, return freedom to those who have gone along with the restrictions?

When viewing the Unite for Freedom march, one poster jumped out at me.  It was addressed to the police, asking the question which I’ve said all along I would ask of any police officer with whom I come into contact these days;  in short, and to paraphrase, you are policing a way of life into existence for your children that, surely, you do not seriously want?  A key question for the people introducing us to the Police State.

“I think we should be looking for an insanity vaccine for the government because covid19 is not the threat to the people, government is.”

That was very strong stuff from Brendan O’Neill of Spiked Online – do you agree with him?   Is this how we are all going to be living from now on unless, as he says, we push back now?  Are YOU going to “push back”?  Break a rule?  Refuse to pay a fine? Risk imprisonment? 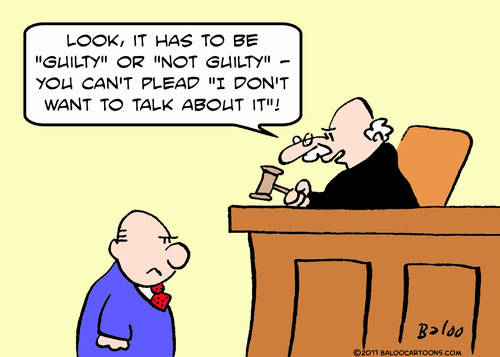 After King Henry VIII proclaimed himself supreme head of the Church in England and Wales, a violent wave of anti-Catholic persecution began – and lasted over a century. It started with the executions of Sts. Thomas More and John Fisher, but didn’t end there. Hundreds were killed between 1535 and 1679; the Church recognized the heroism of 40 martyrs from England and Wales in a canonization ceremony on October 25, 1970. (Later, a separate feast on May 4 was created to recognize the 284 canonized or beatified martyrs of the English Reformation.)

The group of 40 martyrs celebrated on October 25 contains a variety of Catholics. The group is composed of “13 priests of the secular clergy, three Benedictines, three Carthusians, one Brigittine, two Franciscans, one Augustinian, 10 Jesuits and seven members of the laity, including three mothers.”

The martyrs were gruesomely tortured before being hanged or killed, but remained steadfast in their faith, refusing to renounce their Catholicism.

Many of the saints were jovial at the prospect of death.

Cuthbert Mayne, a secular priest, replied to a gaoler who came to tell him he would be executed three days later: “I wish I had something valuable to give you, for the good news you bring me…”  Edmund Campion, a Jesuit, was so pleased when taken to the place of execution that the people said about him and his companions: “But they’re laughing! He doesn’t care at all about dying…”

One striking story of heroism under extreme torture comes from the martyrdom of a laywoman, Margaret Clitherow.

She was accused “of having sheltered the Jesuits and priests of the secular clergy, traitors to Her Majesty the Queen”; but she retorted: “I have only helped the Queen’s friends” … On Friday March 25th, 1588, at eight o’clock in the morning, Margaret, just thirty-three years old, left Ouse Bridge prison, barefooted, bound for Toll Booth … Her arms were stretched out in the shape of a cross, and her hands tightly bound to two stakes in the ground. The executioners put a sharp stone the size of a fist under her back and placed on her body a large slab onto which weights were gradually loaded up to over 800 pounds. Margaret whispered: “Jesus, have mercy on me.” Her death agony lasted for fifteen minutes, then the moaning ceased, and all was quiet.

Their resolve in the face of certain death is inspiring. They show us that our life on earth is indeed very short and what truly matters is our faithfulness to God. As St. Thomas More famously said: “I die the king’s faithful servant, but God’s first.”

Here is a list of the Forty Martyrs of England and Wales, whom we can invoke for their intercession in whatever persecution we may be enduring.

So?  Our nearest cousins will be celebrating the Feast of the 40 martyrs of England & Wales on Thursday next, 25 October. So?  They suffered and died for the Faith during the Reformation – centuries ago.  What – if anything – do they have to teach us, today?  We’ve moved on from those days, when people were tortured and killed for their beliefs. We’re ecumenical now, we’re tolerant, we embrace equality and diversity… What on earth do medieval martyrs have to teach us enlightened folk today…  Shouldn’t the Feast days of martyrs be removed form the calendar, as a goodwill gesture, in the name of ecumenical progress?  Seriously?  Or, should that be “satirically”…  😀

The question for discussion really has to be: what is the most important thing the martyrs have to teach us all – north and south of the English border in this modern age? And if you have a particular favourite saint among the 40 martyrs, share that with us…