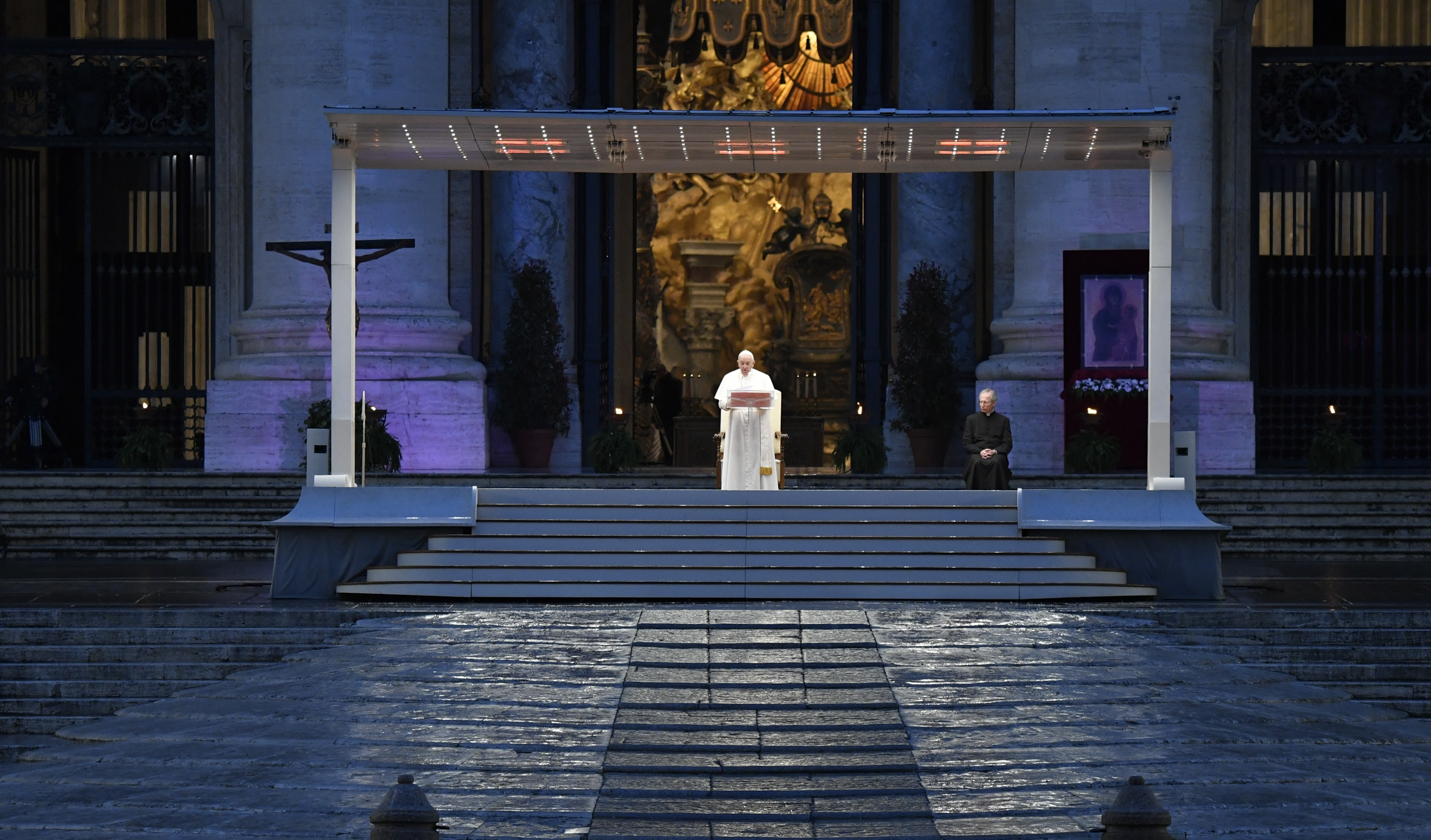 One of the most shocking aspects of the Covid-19 lockdown, with its serious restrictions on personal freedoms, both civil and religious, is the way in which the Church has co-operated – from the Pope down. No questions asked, simply uncritical obedience, of the kind not even expected of religious men and women in monasteries.  The language of docility is writ large on Catholic diocesan, and even traditional, websites.

Priests are embracing the Government restrictions, even as we are “permitted” to return to Mass.   Thus we see limits on the numbers allowed to attend, the use of hand sanitizers, etc.

The traditional Fraternity of St Peter (FSSP) – certainly in Edinburgh – is going along, hook, line and sinker, with Government policy: everyone but the priest  has to wear a face mask, Mass will be shorter, people must book for Mass because only 40 permitted etc.  Click here to read the entire scandalous nonsense.  Informed Catholics are increasingly scandalised at the co-operation (for which read “complicity) of Churchmen in this fabricated crisis…

One reader emailed as follows a day or so ago…

…Anyway, my question relates to the ‘official’ line taken by the SSPX in regard to the crisis in general.  An acquaintance has stated that  they were told ‘…it’s not a persecution, nothing to do with Fatima and the general advice was to just do what the Govt says and wait for everything to go back to normal…’.  Now, do the SSPX honestly and truly believe that?  Surely not.  No-one else seems to, so why should they.  Do their sermons ever mention anything along these lines, and is anything said in general conversations with the faithful; assuming they do actually talk to people.  I don’t know anyone attending a Society Mass Centre at present so I can’t ask anyone else.

In another email, a reader commented that her Society priest rubbished the idea of any connection with Fatima, opined that it was irresponsible to promote that idea and that queuing at supermarkets was no big deal – a small inconvenience.  Maybe for him with nothing much to do but out here in the big wide world it is anything but a minor inconvenience.  And yet another Catholic, who watched the SSPX live-stream Masses in America, was shocked to see the priest dipping his fingers into water after giving each Host to parishioners at Holy Communion time.  What?!**

However, there is no official statement that I can find on the SSPX UK website, although I was delighted to read the following heartening comment from the District Superior, Fr Robert Brucciani in his editorial in the District magazine, Ite Missa Est, July-August edition –  Heartening, in that it shows that Fr Brucciani is certainly aware of the sinister nature of this contrived crisis…

My dear brethren, There is a collective sense that the world is on the cusp of dramatic change. Already, the Covid-19 crisis and recent civil unrest in  many countries – both bearing hallmarks of sinister orchestration – have been the occasion of mass social conditioning and a dramatic encroachment upon religious and civil rights.

Regrettably, it seems that more of the same is to follow. The mainstream media are creating expectation with expressions like “the new normal”, economic meltdown is imminent, and the World Economic Forum – an organisation for the minions of the New World Order – have launched an initiative called “The Great Reset” which seems to augur the imposition of more direct individual control, ecologism, and the culture of death upon the entire planet.

Meanwhile, God is ignored in all this upheaval and men of good will are finding themselves being manoeuvred into making a choice between supporting the “new normal” of the cultural Marxists or face social and economic exclusion.

Our hope should not fail, however, for the evil that is visiting upon us is the occasion of great heroism on the part of those who stand firm in the Catholic faith… End of Extract – read entire Editorial here

Thus, with such clear thinking on the political – and evil – nature of the Covid-19 “crisis”, it is incomprehensible to Catholics aware of the very real crisis in the Church, that the SSPX should appear to accept, at any level, Government restrictions on our religious freedom, choosing to blame the diocesan Bishops for the closure of churches and continuing restrictions on the practice of the Faith.   We need to see concrete evidence of the “great heroism” of which Fr Brucciani speaks.  Don’t we all need to risk falling foul of the Government by refusing to keep the rules which are leading us into the “new normal”?   Or would that be to lack the virtue of prudence?   I wonder what St Thomas More would advise?

The SSPX does not have to obey the local Bishops on this, that’s for sure. They can’t blame the Bishops.  So, the question remains, why do they? And why is there no dissent among the best of the diocesan clergy – I heard from another reader that the “traditional” parish in the north of Glasgow, is permitting only 50 people to attend Sunday Masses.

With talk of a second wave (to be followed by a third and fourth wave…) there is clearly not going to be any end to this fake crisis.  Somebody in the Church is going to have to make the first move and say “We will not serve!”    Why can’t it be the Society of St Pius X, established precisely because its Founder could not, in conscience, accept the new normal concocted at Vatican II: “And if you wish to know the real reason for my persistence, it is this. At the hour of my death, when Our Lord asks me: ‘What have you done with your episcopate, what have your done with your episcopal and priestly grace’ I do not want to hear from His lips the terrible words ‘You have helped to destroy the Church along with the rest of them.’ (Archbishop Lefebvre: Open Letter to Confused Catholics, p.163).