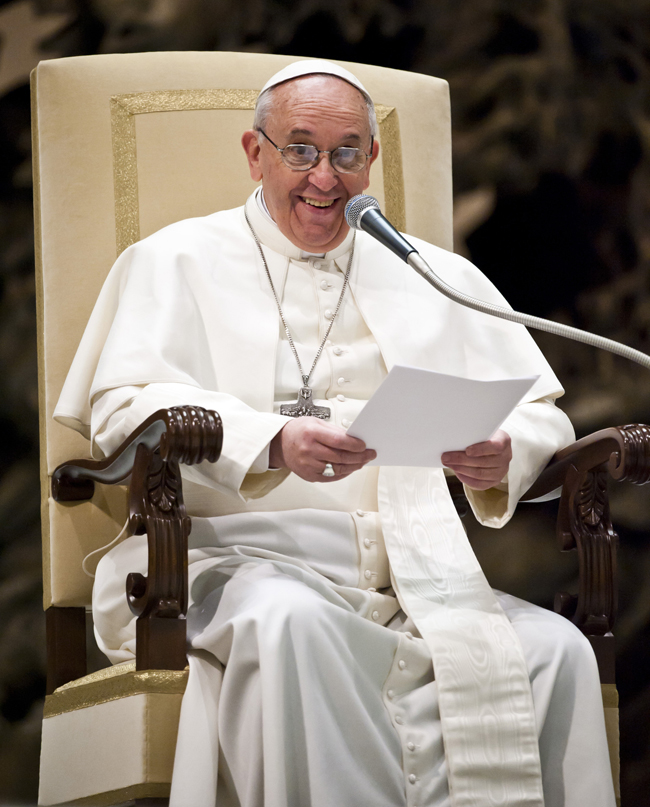 In a statement following his private audience with the pope June 27, Bishop Georg Bätzing said: “I feel strengthened by the intensive exchange with the Holy Father to continue on the path we have taken. The pope appreciates this project, which he associates closely with the concept of ‘synodality’ which he coined.”

He continued: “It was a matter of concern to me to make it clear that the Church in Germany is following this path and always knows that she is bound to the universal Church.”

Bätzing traveled to the Vatican the day after the German Church released figures showing that it lost a record number of members in 2019.

Bätzing said Saturday: “We must find answers to urgent challenges facing the Church, ranging from coming to terms with sexual abuse of minors to the dramatic numbers of people leaving the Church.” ….

Referring to a 28-page letter that Pope Francis wrote last year to German Catholics, Bätzing said: “With his letter to the pilgrim people of God of the Church in Germany in June 2019, he encouraged and gave indications. He will continue to accompany us attentively.”

The pope’s letter was prompted by the German bishops’ decision to launch a two-year “Synodal Way,” bringing together lay people and bishops to discuss four main topics: the way power is exercised in the Church; sexual morality; the priesthood; and the role of women.

The German bishops initially said that the process would end with a series of “binding” votes — raising concerns at the Vatican that the resolutions might challenge the Church’s teaching and discipline.

In his letter, the pope suggested that participants in the “Synodal Way” faced a particular “temptation.”

“At the basis of this temptation, there is the belief that the best response to the many problems and shortcomings that exist is to reorganize things, change them and ‘put them back together’ to bring order and make ecclesial life easier by adapting it to the current logic or that of a particular group,” he wrote…  [emphasis added].

In May, Bätzing expressed the hope that the results of Germany’s “Synodal Way” would be discussed at a synod in Rome.

He said he was “very much in favor of transporting to Rome, to the level of the whole Church, the insights and decisions that we garner from the Synodal Process — also with regard to [the role of] women and ecclesial ministry” …

After his meeting with Pope Francis, he said he looked forward to a meeting of the world’s bishops in Rome in October 2022, which will be dedicated to the theme “For a synodal Church: communion, participation and mission.”

He said: “I hope that with the experiences of the Synodal Way we can make a contribution to the world Synod of Bishops in October 2022, which will deal with the question of synodality.”   Click here to read entire piece at Catholic World Report

While Pope Francis appears to sound a warning note about the danger of the “Synodal Way” (which is, at least, arguably designed to encourage dissent), he

does, at the same time, seem to approve it.  Allowing the topics listed to be raised and debated, such as the role of women (when female ordination is out of the question, cannot happen), could be interpreted as Pope Francis giving the green light to dissent.

So, which is it?  Is he encouraging dissent or putting the brakes on the already dissent-ridden Church in Germany?

On this Feast of SS Peter & Paul, when we celebrate the Gospel account of Our Lord’s entrusting of the keys of the Kingdom to Peter,  we might assess the pontificate of Pope Francis.  Raise any relevant issues of interest and/or concern in the comments, but above all, let’s remember to pray especially for Pope Francis today.