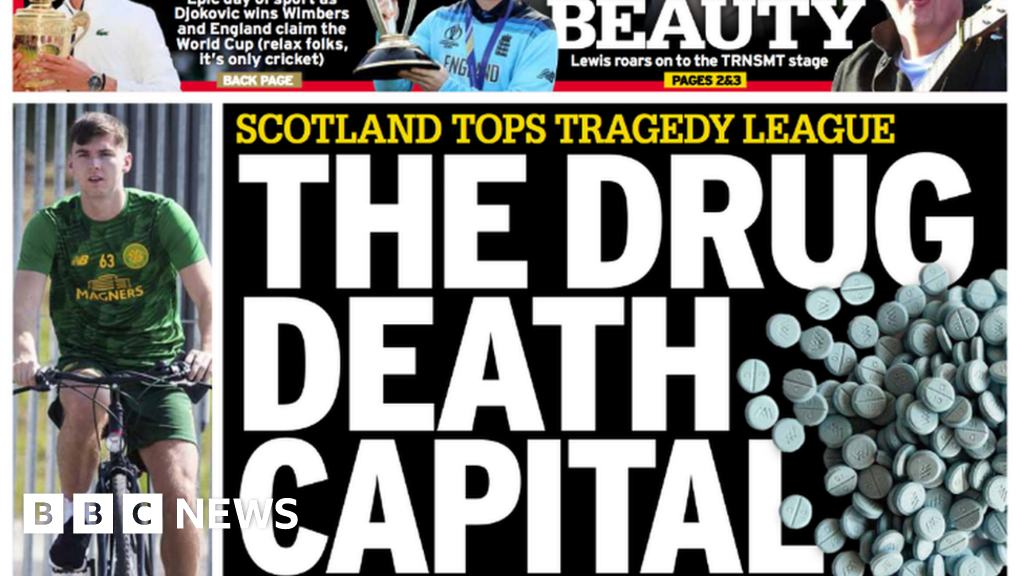 The National Records of Scotland statistics indicate Scotland’s drug death rate is nearly triple the UK rate and the highest in the European Union.  Click here to read more…

Causes of, and possible cures for, Scotland’s massive drugs problem – according to the media chatterati – were varied and imaginative in the news debates today, including the provision of taxpayer funded facilities to allow addicts taking illegal drugs to consume, er… legally; this, with a view to making it easier to provide health care since we’re now to regard drug addiction as a public health issue, not a criminal activity. The quaint old-fashioned idea that it may well be both, has, very conveniently, been set aside.  How this will impact on the drug dealers, of course, is never mentioned. They may be able to argue the case for their own mental health disorder, a compulsion to sell drugs – who knows…

Not a single Roman collar to be seen among all the commentators and alleged experts, not a bishop’s mitre.  The Catholic Church in Scotland has nothing to say, it seems, on the devastating news that there are record numbers of souls going to meet their Maker following an overdose of illegal drugs, not a single possible solution or even a nod in the direction of our Godless society as, perhaps (just “perhaps”, mind, nobody’s being “judgemental” of course not –  perish the thought!)  being the reason why so many people are turning to drugs.

Without any direction in life, and without any authoritative teaching about the definitive meaning of life, the realities of Heaven and Hell, divine revelation and the importance of exercising true Faith (not demanding God to come and show himself in a science laboratory), not to mention the confusion caused by presenting upside-down morals as normal, just maybe this terrible turn in a once Christian society has led people into despair.

Lack of religious and moral leadership doesn’t  seem to have occured to anyone reporting on this scandal; and it certainly doesn’t seem to be occurring to the clergy that their negligence in preaching what God has revealed in both Faith and Morals – and that in the public square, clearly and unambiguously – might be a contributing factor in this dreadful drugs crisis.   For, the same Catholics, lay and ordained, who are perfectly happy to take soup and sandwiches to the homeless and addicted wouldn’t dream of taking them, at the same time, an exhortation (NOT a mere “invitation”) to turn to God, in His Church, as the means given to us to live fulfilling lives in this world, and to save our souls for eternal life in the next.

Or maybe that’s all pie in the sky (literally!) – maybe the drugs crisis IS simply a health crisis?  What do you think?

Finally, let’s all pray for all those afflicted by drug addiction to  Saint Maximillian Mary Kolbe