Some time ago, I announced that I had decided to close the blog. Being the official administrator I had the casting vote, so that was that.   There were a number of reasons for this decision, chief among them that I felt there were not enough people signing up and contributing to the discussions.   Following my announcement, I received a number of representations, by phone and email, both from individual bloggers and from readers who sought to change my mind.  I appreciated all the arguments in favour of keeping the blog open, but I remained resolute in my decision. Right up to the moment when our hard-working blogger, Petrus, put some points to me that really did take me by surprise.   In short, it was his story, which he emailed to me only yesterday and which is published below, that made me change my mind.  As a trusted adviser said when I told her, “we’ll never know how many other ‘Peters’ are out there, to whom the blog has, similarly, made a huge difference in their lives.”  So, read on and tell me if you think I’m right to reverse the original decision to close, instead keeping the blog open… OR am I a Scots version of  Theresa May, dithering and changing my mind at every turn?  Don’t answer that!   Anyway, below, read Peter’s pitch to keep the blog open – and tell us if you think he has a point.  Also, feel free to offer ideas for future topics or suggest any improvements you’d like to see;  if it’s within our power, we’ll be glad to oblige. Just don’t suggest sacking Petrus – that’s out of the question!

Back in 2008, the blog wasn’t the first contact I had had with Catholic Truth. I had already subscribed to the newsletter for over eight years. Not only did I subscribe to the newsletter, I had a couple of letters published and exchanged emails with the editor – the first occasion being when I read criticism of Catholic education in the newsletter. I’d just qualified as a teacher in a Catholic school and was livid that a Catholic publication would slate Catholic education. In this email, I took great pleasure in telling the editor that those involved with Catholic Truth were excommunicated because they denied the authority of an Ecumenical Council!

Despite my initial condemnation of Catholic Truth, and my Modernism, I volunteered to meet with the editor. However, a priest put me off by defaming the professionalism of the editor, telling me that she had a “failed teaching career” (nothing could be further from the truth). So, I pulled out. In fact, I just didn’t turn up!

During my three years as a Protestant, I lost interest in the newsletter and subsequently missed the launch of the blog. It was only when I returned to the Faith that I returned to reading Catholic Truth. By this time the blog was up and running. I took this as an opportunity to prove my re-found fidelity to the Catholic Faith and set out to put these schismatics to rights!

However, it didn’t quite work out as I planned. The clarity of the comments, alongside the charity of the bloggers had a profound effect on me. I began to wonder what went wrong with my Catholic formation and made a decision that I wouldn’t allow this to happen to my children. The bloggers exercised tremendous patience with me. The best piece of advice I received was to attend the Traditional Latin Mass exclusively for six weeks and I was assured that I would never want to return to the Novus Ordo Missae. This advice changed my life.

Not only has it changed my life, it’s changed the life of my wife, who, whilst not contributing to the blog, is a regular reader. Its coverage of issues in education was instrumental in our decision to home educate our children. Thanks to the blog, only our oldest child has been to a Novus Ordo Mass, but thankfully he has no recollection of it. So, the influence of the blog extends beyond me personally.

I became a regular blogger because it was the only place I could receive support and guidance as a Catholic, outside of the Mass and the Sacrament of Confession. Eleven years later, I am still there, perhaps not as much as I once was due to family and work commitments. It’s not all been plain sailing, I’ve had more arguments and fallings out with the editor than I’ve had hot dinners! [Ed: always his fault 😀 ) However, if I’m honest, I have to say that without the Catholic Truth Blog I might not be where I am now. Without the friendship of the editor and the extended Catholic Truth team, family life in our household would be vastly different… and not for the better. I wouldn’t hesitate in saying that the Catholic Truth Blog has been the most important contribution to authentic Catholic life, both in Scotland and far beyond, in the last twelve years. Please, God, long may it continue! 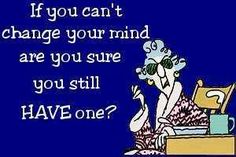