So here’s how things stand. Leaving the EU with no deal is now the only way in which parliament can implement the Brexit referendum result, a decision handed by parliament to the people of Britain to make. 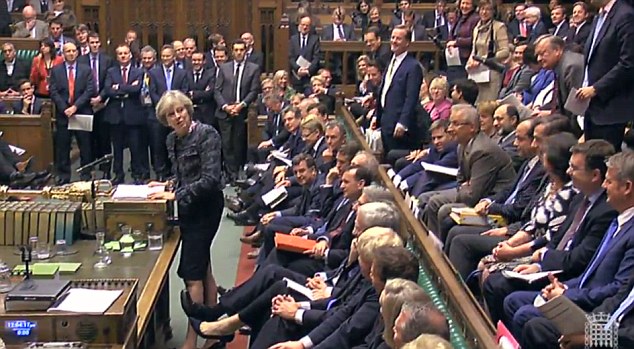 All signs point to MPs voting today against leaving with no deal. They will be voting against the act of parliament they themselves passed, under which the UK leaves the EU on March 29 regardless of whether or not withdrawal terms have been agreed.

They will thus be voting to trash the decision of the people that they themselves invited the people to make. For every alternative to leaving with no deal – a delay to the date of departure, Norway-plus, some alternative form of customs union, a second referendum, Mrs May’s deal itself that was voted down last night – is a version of remaining under EU control.

If MPs vote against leaving with no deal, they will be voting to stick their fingers in the voters’ eyes. They will be unequivocally throwing down the gauntlet: parliament versus the people.

Mrs May said one true thing in parliament yesterday. If MPs do not implement Brexit, their constituents will not blame Brussels. They will instead blame them.

For years now, politicians across the UK Parliament have legislated to permit various immoral acts, including abortion and same-sex “marriage”, with transgender “rights” recognised as far back as Gender Recognition Act of 2004, to allow people to apply to change their legal gender. The movement to legalise the “right to die with dignity” is growing. Conversely, the right to freedom of speech is being severely curtailed in an all-out effort to squash “dissent”;  anyone seeking to challenge any of these “rights”, certainly in public,  is likely to end up in prison.

So, having rejected the “rights” of God – and thus, our obligation to obey His Moral Law, it’s hardly surprising that the UK Parliament is now turning against it’s own people.

Readers have been contacting me this past couple of days to say that they now firmly believe that the UK Parliament has stitched up the Brexit process to ensure that we do not, in fact, leave the Godless  EU.   Tonight’s vote to take “no deal” off the table is – in their collective view – the final proof of that determination to keep us as part of the planned United States of Europe.  I tend to think they’re right.  What about you?

And as I’m about to press the “publish” button, this from Westminster Fly, one of our English bloggers: “I’m just begging the Immaculate Heart of Mary to overcome the machinations of evil or misguided men and get us out of the EU completely and without delay. I think that only She can help us now.”

There’s really nothing to add to that, except … Amen!