It’s almost impossible to find a good clean “Scottish” joke and the popular Scots “comics” just can’t seem to get through a sentence without using the “F” word, and other crude language.  This was a matter of embarrassment to me when I lived in England and found myself apologising for various foul-mouthed Scots, and not just celebrities.   I still feel the same nausea when I see the “jokes” online, and I just wouldn’t dream of watching the standard TV shows which pass for Scottish humour. About as funny as a sore head.  But, why am I writing about this now?  Well…

For a number of weeks, I’ve been refreshing my cooking and baking skills; if there’s one area of expertise in which I am tragically lacking, it’s cooking and baking.  So, realising that time is running out, companies are folding – think: Toys R Us –  and who knows for how much longer the ready-made meals industry will last.  I might well starve to death, I thought, so I took to YouTube to see if I could learn to cook and bake properly, albeit late in the day (I’m almost 29).  As an aside, I will admit that I’ve thrown out more inedible fairy-cakes in the past couple of weeks than Greggs have sold in any six-months period you care to name, but, hey, I’m sticking with it.  I’ll get there.

However, when I decided to give the attempted murder of my eggs and self-raising flour stock a break and turn to red meat cooking, I was reminded of my contempt for alleged Scottish humour.  You see, having watched a string of YouTube videos, some on baking, some on cooking beef stew and the like, I saw, listed on my sidebar, “Scottish mince and tatties” (M & T) and curiosity got the better of me so I clicked to watch.  Don’t misunderstand. I’m a dumpling in the kitchen (so to speak) but one of the few things I can make is mince and potatoes.  Not well, but I can eat it without having to visit Accident & Emergency which, for me, is a clear sign of success. And having watched so many videos from various parts of the world, all very professionally executed, both male and female cooks sharing their expertise politely,  I thought it would be interesting to watch a fellow Scot explaining to the world how to make M & T.   Despite my long experience to the contrary, as outlined above, I thought this might be OK, good clean fun and maybe a tip or two on how to cook what some regard as a national dish (it’s not, of course – there were plenty of videos on the sidebar with well known English cooks advertising their mince recipes.)  Anyway, I settled down to watch the young man share his recipe and then, disappointingly, within a few minutes, he’d used the “F” word.   I switched off.  I’ll never been able to look at a plate of mince and potatoes again without thinking of that so & so on blankety blank YouTube.

So, what has this to do with the mission of Catholic Truth to contribute to the restoration of the Catholic Faith in Scotland?  Well, I wondered if I am being prudish, if this is nothing to worry about, even if Catholic Scotsmen and women are as uncouth as their non-Catholic neighbours, so what?  I made a deal with myself.  I decided to Google variations of the title of this thread and if I could find the topic covered anywhere else, I’d stick the link on the General Discussion thread and leave it at that.  But no – I could not find any articles, reports, conversations anywhere. Indeed, the search threw up umpteen links headlined – for example – “Scots the most macho men….” and similar.

So, the question for discussion is this: if, as seems to be the case, a significant number of Scots – certainly the men –  are very crude people, filthy mouths, unable to express themselves in conversation or comedy without resorting to expletives, what can be done about it? Do Scots Catholic have a particular role to play, a particular responsibility to correct this disgusting behaviour?  If so, how?  Or is highlighting the issue here sufficient, raising the importance of modesty of speech and decrying the widespread bad example to the young etc.  Vote in the poll below, and then share your thoughts…

PS if you hear that I’ve been charged with a hate crime, please club together to get me released. If that fails,  bribe the judge – whatever it takes. I mean, if push comes to shove, I’m not that bothered really… Scotsmen will be Scotsmen, after all…  And people all over the world are still keen to claim Scottish heritage… Really, with the rattle of handcuffs ringing in my ears, I have to admit that I could be way out of line here and anyway… who am I to judge?  😀 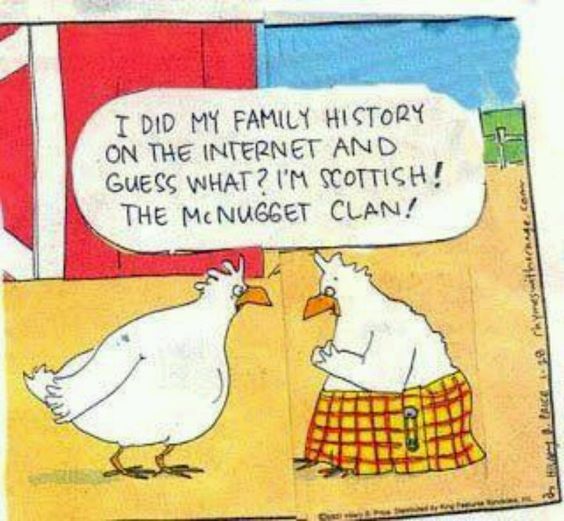